Recently, my partner and I purchased a new home. Itâ€™s a beautiful townhouse in a wonderful neighborhood, with an excellent homeownersâ€™ association â€“ the grass is always well kept and the trees neatly groomed. Just before we moved in, the real estate agency came by and removed the “for sale” sign, leaving a bald spot in the middle of the front yard.

About six weeks later, I offhandedly mentioned my dislike for the grassless patch in the middle of the yard. My partner quickly responded with, “Well, maybe next year the grass will grow there.” Laughing, I said, “The grass wonâ€™t magically grow in that spot . . . weeds will! We need to put down grass seed.” It is really quite commonplace that we often donâ€™t plant the seeds for the success
we long for in our lives. The amazing and amusing thing is that we end up disappointed by our lack of success!

The following are 3 “seeds” you can plant to help cultivate your later career success: 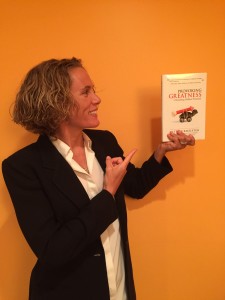 As a generation Yer, you may have watched your parents or relatives work hard, demonstrate commitment, and sacrifice their personal lives, only to lose their jobs and/or pensions by right-sizing, out- sourcing and corporate scandals. Why, then, should you â€œpay your duesâ€ to try to climb the corporate ladder â€“ especially when you saw that paying your dues doesnâ€™t always pay off!

Almost two years ago I began coaching a 19-year- old (weâ€™ll call him Adam) who had failed out of college three consecutive semesters. His father reached out to me in hopes of helping his son get on a positive track â€“ he was very worried. When Adam first came to me he did not want to finish college and he didnâ€™t know what he wanted for his future. Over the past two years, he has learned a great deal about his strengths/weaknesses, taken the time to face his self-imposed limitations, begun an internship in his field of interest, and is preparing for his next semester of college with an entirely new frame of mind.

The key for Adam was getting to know himself, his interests and making positive advances in order to do what he likes, long term. If you can learn about yourself, find what you love to do, and build your life around that, the financial and personal rewards, as well as the increased responsibility, will come. So many people force themselves to do jobs that do not fit their passions just to pay their bills. Donâ€™t be one of them!

Be patient with yourself. Take time to explore, learn about yourself, generate a plan, build your network. You will have failures, certainly, but you will succeed in the end.

So many times I have heard this exact quote when talking with executives about their youngest employees. And so many just like them…

“They’re demanding ‘balance,’ and they’re not willing to do what’s needed to get the job done “who are these people “seriously!”

“When I was just coming into the workforce, I was lucky to have a job “I worked hard “I paid my dues — that’s how you ‘get ahead.’”

“Don’t they understand they need to prove their worth “demonstrate their abilities before they get promoted or get a raise?â€

The truth is “they probably don’t know they need to demonstrate their abilities or prove their worth. Why would they? They grow up getting a trophy, even when they didn’t play in the game! By and large, the newest generation entering the workforce was spoon- fed, coddled, and now feel left to fend for themselves in the corporate world where the rules were set long ago “where they clearly do not understand what’s expected of them or how to get what they want. Much of the time, they don’t even know what they want “they’re simply acting out what they’ve heard they should want.

With many having had both parents working full time, generation X and Yers had less adult interaction growing up. They played sports only when â€˜organized,’ rather than taking initiative to start a pick-up game. They missed the 1950’s rite of passage of having a paper route at age 11, likely not having their first job until they got to college. For many, their first job is right out of college. They watched an average of 30 hours of television a week, adopting the values of popular culture. Along the way, they missed the basic skills necessary in a corporate environment, like goal-setting, strategizing for their future, time management, and communicating outside email or IM! Instead “they grew up with a â€œfaster is betterâ€ mentality “seeing the beginning and magical ending, but no struggle in the middle. They were told what to like, where to be, when to be there “they weren’t encouraged to think for themselves, explore who they are, or learn about facing adversity.

So, with this in mind, what can organizations do to retain and motivate generations X and Y “get them to perform and stop griping about things like â€œbalanceâ€ so much? Here are 3 great ideas to get you started:

Don’t take them personally! When they say things like â€œI’m going to have your job in 6 monthsâ€ and you’re a Senior VP of the company, recognize it’s not about you “they just don’t get it!
Don’t make assumptions about what they â€œshouldâ€ know. When you see a gap, provide the training they need, either one-on-one or through formal programs. As a manager, sitting down with your young employees and helping them see the progressive steps in their career, will help reduce their anxiety and build loyalty “yes, they perceive you care! Also, providing workshops on time management, goal-setting, networking, and career management are very helpful.
Ask them what they want/need, and help them see the context in which you make the decision about what is possible to do for them. I have come into companies and facilitated discussions with generation X and Y employees to determine exactly what they want and helped generate a way to give them what they want while keeping an eye on the bottom line. Simply caring enough to ask them what they want makes a big difference “again, they perceive the organization cares about them!
When organizations can let go of â€œthe way it’s always beenâ€ and become focused on the benefits of an engaged workforce throughout the organization, so much more can be achieved! I challenge your organization to listen to what your generation X and Y employees are asking for “and generate a plan with them to achieve your bottom line results.

With 2006 underway and the Baby Boomers beginning their move into retirement, many companies are searching for ways to attract, retain and motivate the next generation of leaders. The more seasoned generations have an incredible amount of experience and expertise, while the younger generations are techno literate and eager to learn. The opportunities for collaboration and growth are tremendous.

Fostering a work environment in which employees from a variety of generations can work in partnership toward the achievement of the company mission, grow together and learn from each other, while reaching their individual goals, requires awareness and understanding. Each generation has unique work ethics, diverse perspectives on work and life, distinct preferred ways of being managed, individual styles and unique ways of viewing such work-world issues as quality, service and showing up for work.

Ultimately, How Can the Generations Understand Each Other Better?

Employees from all levels and each generation within the organization must be formally trained in generational workplace dynamics. Once individuals from the various generations understand each other, they can discuss those differences openly, identify strengths and weaknesses, and successfully plan for the most effective way to reach desired goals.

If you and/or the leadership of your organization want to learn more about leveraging generational differences â€“ or supplement the work you are doing internally â€“ visit www.inspirioninc.com for information on our workshops and coaching solutions. Inspirion Inc provides workshops and one-on-one leadership coaching solutions that deliver results for people, performance and shareholder value.